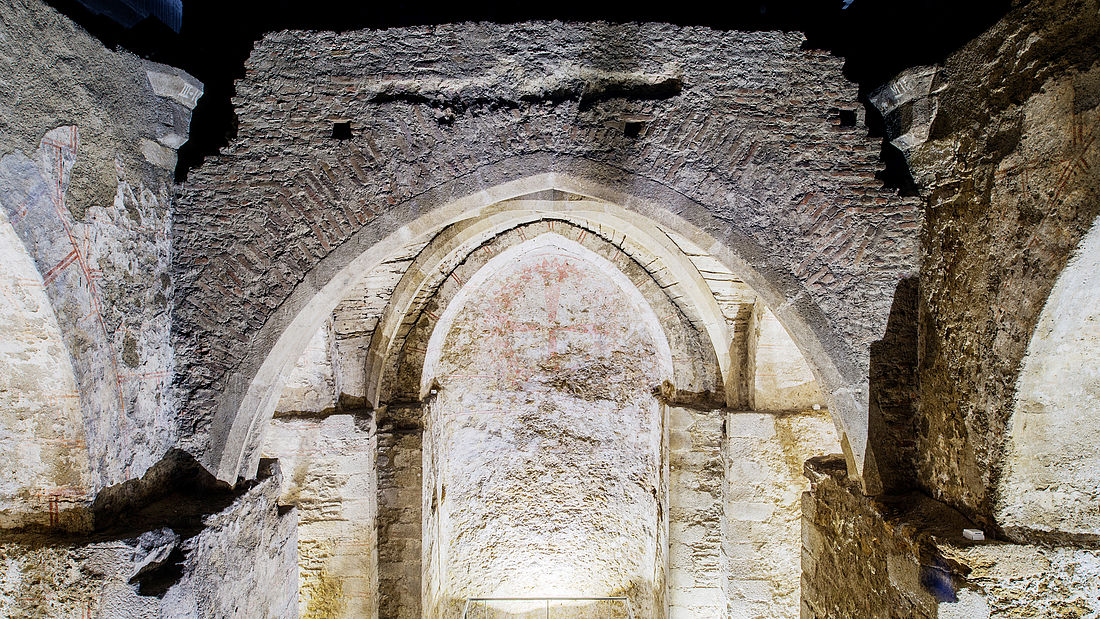 St Virgil's Chapel was discovered during construction of the underground in 1973 and integrated into Stephansplatz underground station as an outpost of Wien Museum. The subterranean chapel is one of the best-preserved Gothic interiors in Vienna. It was built around 1220/30 as the "capella subterranea" of a planned chapel in Early Gothic style. Around 1246 it was decorated with painted joints and Greek crosses with splayed arms in the alcoves.  Later on, the Chapel of St Mary Magdalena was built above it (the outline of which is still visible today in the paving on Stephansplatz).

From the early 14th century, following the installation of a semi-subterranean mezzanine floor, the chapel and the space below it were used for completely different purposes. The original structure, St Virgil's Chapel as we see it today, was used as a devotional chapel by a wealthy Viennese mercantile family; among other things, an altar dedicated to St Virgil was added.  Sources document the mezzanine being used as a "New Charnel House" (ossuary).  The Chapel of St Mary Magdalena itself was used as a funerary chapel, while its gallery provided space for meetings of the scriveners' guild.

For conservation reasons the Wien Museum outpost had to be closed several years ago. Following extensive restoration works St. Virgil's Chapel reopened to the public at the end of 2015. A newly designed entrance on the level of the underground station concourse provides visitor-friendly access to this fascinating place of worship, while a compact exhibition gives a historical outline of medieval Vienna. Since the reopening of St Virgil's Chapel Wien Museum again has a presence at the very heart of the city. 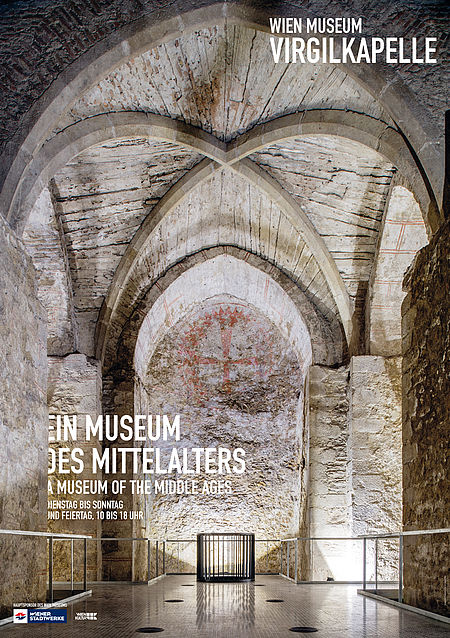