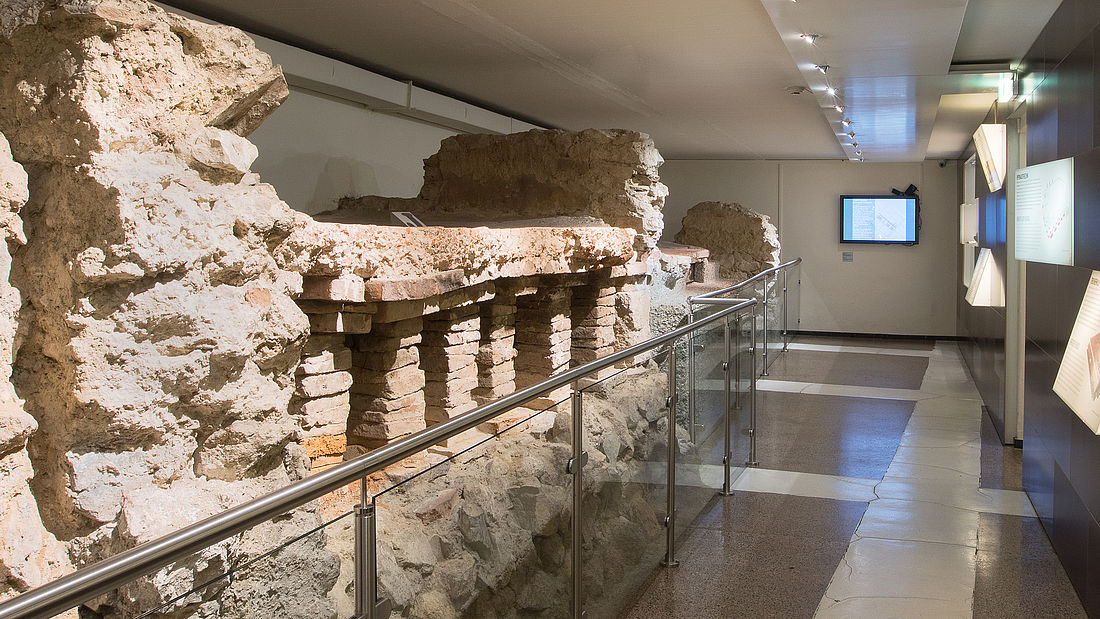 For one hundred years, the fragment of a bronze plaque lay in the depot of the Wien Museum. Now a young historian has succeeded in deciphering the true meaning of this inconspicuous piece of metal: The fragment was part of a municipal rights plaque. We therefore know that Vienna had the rights of a city not just since 1221 (when the medieval city was granted rights as a staple port), but very likely in Roman Vindobona, about 1,000 years earlier.
The fragment of Vindobona's municipal charter tablet is exhibited in the Römermuseum.

In 1913, during excavations at the address "Am Hof 4" in Vienna, a fragment of a bronze plaque was found near the southern wall within the former legionary camp of Vindobona. Of the 41 characters, only the words "edicta" and "Galba" could be deciphered with certainty. It was assumed that text was an edict of the Emperor Galba. Since then, the fragment has been stored in the depot of the Wien Museum along with 150,000 other excavated objects,.

By analogy with other excavations, the historian Niklas Rafetseder has now been able to prove that the bronze plaque from the Wien Museum's depot is the fragment of a Roman city law plaque. The town charter most likely refers to the civil or camp suburb of the legionary site of Vindobona, whose status as a municipality between 120 and 250 AD can now be established with a high degree of certainty.

Only privileged municipalities in the Roman Empire were granted the city charter by the Emperor and were then allowed to call themselves Municipium or Colonia. It regulated the institutional order, the jurisdiction, the political management by a class of respected citizens, and the administration. The ten or more bronze plaques, each probably measuring about 90 x 60 cm, were exhibited publicly in the forum area. They were typically melted down in the process of late antique metalworking. The city law fragment of Vindobona has been preserved by chance.

Vindobona was the name of a Roman army camp that existed nearly 2000 years ago in what is now the historic city centre of Vienna. The legionaries’ mission was to protect the northern border of the Roman Empire. The underground area of the Roman Museum contains the remnants of two tribunes’ houses, Vienna’s most important archaeological finds from this era.

The Roman presence in and around Vienna lasted about 350 years. In its heyday, the regional population – a colourful mix of Romans, local people and immigrants from all parts of the empire – peaked at more than 30 000. The buildings of ancient Vindobona are one focus of the exhibition, the everyday life of the soldiers and the civilian population are another. Digital reconstructions complement the 300 objects on display.

In addition to their military duties, the approximately 6000 soldiers living in the camp engaged in administrative activities and worked in trades and crafts. The periods of peace were longer than those of warfare. The legionaries also enjoyed recreational facilities, from taverns and baths to brothels.

The present exhibition not only looks at the military camp, but also focuses on the other major settlements that grew up alongside it. These ancillary and civilian settlements played an important role in supplying the military base with everyday items and commodities such as grain, bacon and cheese. The settlements also housed the soldiers’ families. Since the start of excavations in the late 19th century, vestiges from Vienna’s Roman past have continued to come to light, telling the story of a new, mixed Roman-Celtic culture. Finds from the major excavations are on display in temporary exhibitions at the Roman Museum.

ith animated films (including one about Vindobona’s water supply system), replicas made for touching and a Playmobil legionaries’ camp, a visit to the Roman Museum offers an experience for all five senses that helps to understand life in Roman times. Video guides (in German, English and sign language) are available to provide additional in-depth information.

Temporary exhibition:
A cross-section of the city's history

In 2017, excavations in the area of Postgasse/Dominikanerbastei revealed finds dating from the Celtic period to the 20th century. In Roman times, the area was part of the settlement that extended around the Vindobona legionary camp. In the late Middle Ages, the area housed no less than two bursas, the forerunners of today's student dormitories. The objects found here give an insight into everyday life in these bursas. In the middle of the 17th century, the Jesuits built the Barbarastift, and in 1770, right next to it, the k. k. Hauptmautgebäude. In the middle of the 19th century, both buildings were converted into the imperial and royal main post office.

The temporary presentation, developed in cooperation with archnet Bau- und Bodendenkmalpflege GmbH and Stadtarchäologie Wien, focuses on the people who lived and worked at this site over the centuries: Romans, students, postal workers - together they form a cross-section of the city's history. 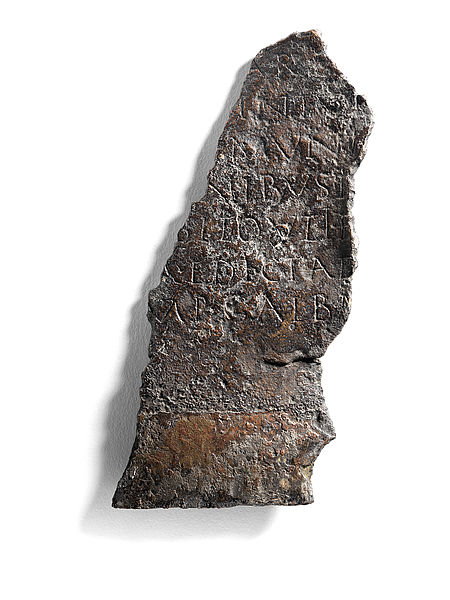 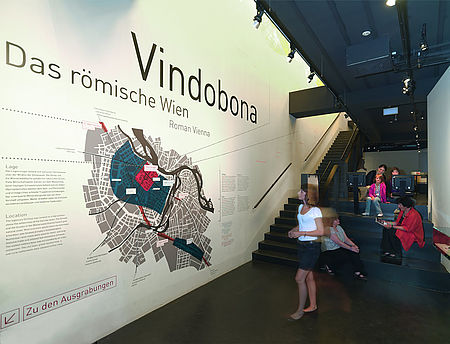 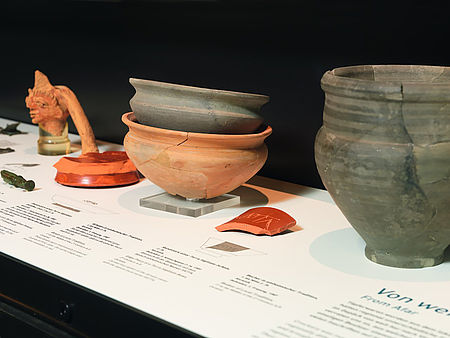 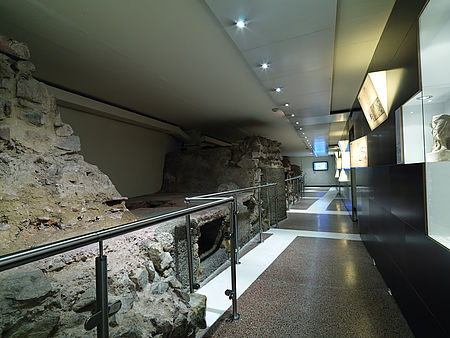 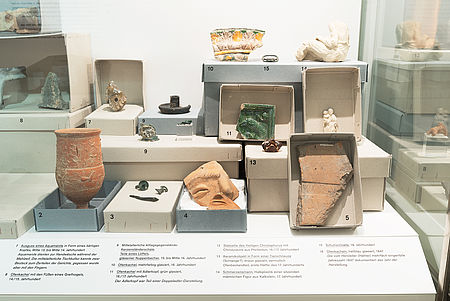