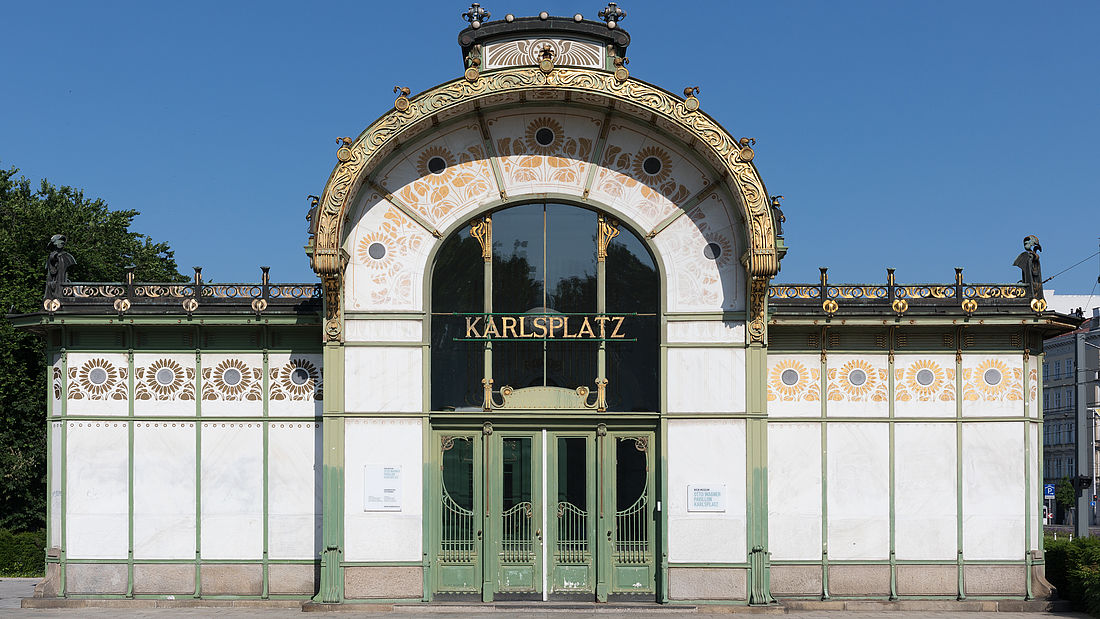 Breathing fresh life into a jewel of art nouveau: a permanent exhibition documenting Otto Wagner is being presented in the Stadtbahn Pavilion on Karlsplatz.

He was a trailblazer of modernism and one of Vienna's most influential architects: Otto Wagner. Yet there has never been a permanent exhibition documenting the life and work of this versatile architect. This gap is now filled by the Otto Wagner Pavilion, part of the Wien Museum and one of the most photographed tourist attractions in Vienna.

This trade mark of Art Nouveau on Karlsplatz has been redesigned inside by the BWM architects' office and, from 26 August, will provide the authentic background for a close-packed Otto Wagner presentation. It documents the genesis of Wagner's most famous designs, including the Church in Steinhof, the K.K. Postsparkassenamt (Post Office Savings Bank), as well as the revolutionary Stadtbahn project (light urban railway) and the modern residential buildings. It will also reveal another perspective: Otto Wagner as a radical theorist and polemicist against traditionalism and the cliché of the "idyll".Besides numerous documents, the show includes two models and is not only a fascinating homage to the architect - it also invites the visitor to set off through the city of Vienna and explore his trail. The curators of the Otto Wagner Documentation are Renata Kassal-Mikula and Isabelle Exinger; Erwin Bauer is the graphic designer.

Otto Wagner (1841-1918), architect, "artist of building", urban planning theorist and academy professor, was one of the great pioneers of the Viennese modern movement. He left the "Gründerzeit" (the period of industrial and cultural expansion in the late nineteenth century) and its mask-like historicism behind him to propagate a new form of architecture, more in keeping with the life and times of modern people. Wagner's designs combined technical and constructional functionality with high aesthetic criteria.

Despite his many adversaries and disappointments, Otto Wagner was one of Vienna's most successful architects. His Post Office Savings Bank and the Church in Steinhof are key buildings of European architecture around 1900. As the general planner of the Vienna Stadtbahn (the light urban railway), he designed a Gesamtkunstwerk of constructional technology, a synthesis of the arts that added new accents to the cityscape.

Wagner was also an incisive and polemic author. Although advanced in age, in his study "The Expanding City" he continued to develop radical ideas for a future mega-city, regulated and laid out according to practical requirements.

The Otto Wagner Pavilion on Karlsplatz

The Art Nouveau pavilion was erected in 1898 in the course of Stadtbahn construction. Otto Wagner planned two portal buildings of identical design. Today, the Wien Museum uses the west pavilion, where the trains once left for Hütteldorf.

Wagner's design was revolutionary. The many decorative details make the station into a prime example of Viennese art nouveau. Metal and wood were painted apple-green, the signal colour of the Stadtbahn. Gold, and finest white marble were added on the exterior.

The planning for the underground rail junction of Karlsplatz in the late sixties threatened the pavilion with demolition. Protests followed; the station building was dismantled and re-erected in 1977, but elevated 1.5 m above its old level on the square. Now at last the west pavilion is paying Otto Wagner the homage due to him - with the new Otto Wagner Documentation exhibition. 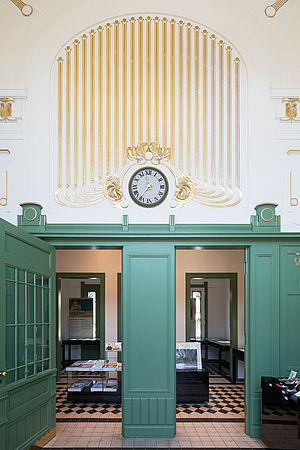 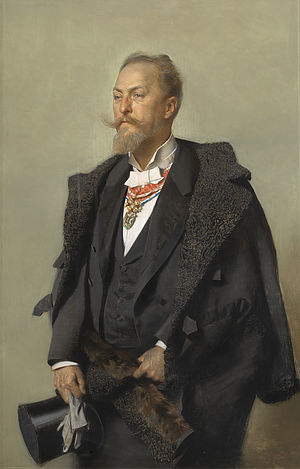