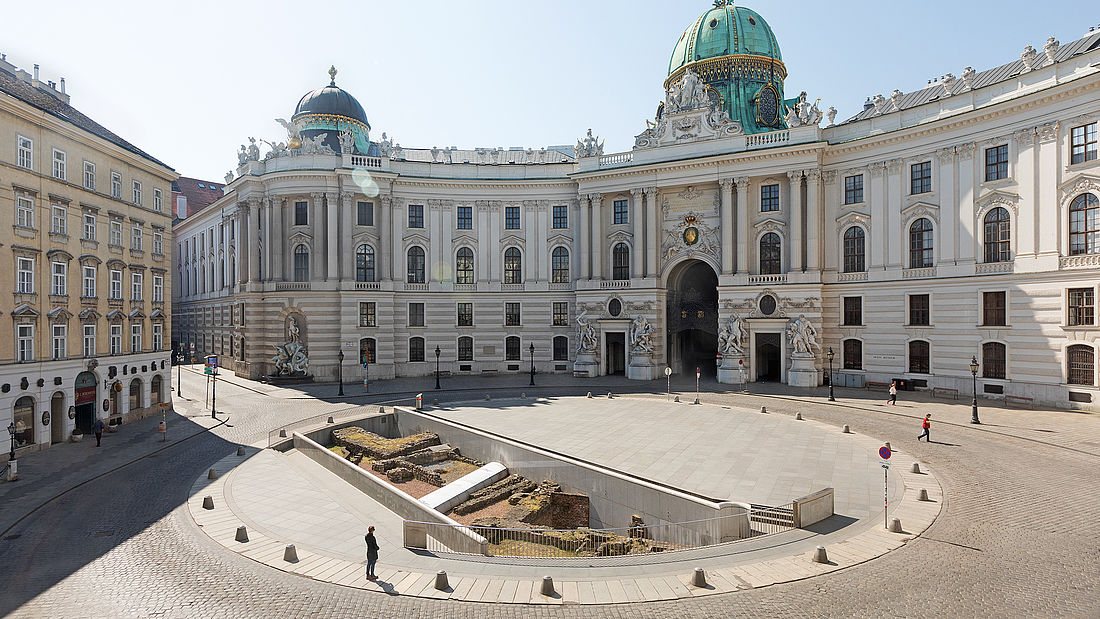 The complex at Michaelerplatz, embedded between the Hofburg, the Loos House and St. Michael's Church was planned and laid out by the renowned architect Hans Hollein in 1991 and 1991 and encompasses the relics of several time levels in stratographic structure. They can be viewed at any time of the day or night. In addition to medieval and modern remains (remains of a wall and floor heating system and building foundations from the seventeenth, eighteenth and nineteenth centuries), the archaeological excavations also uncovered remains of the Roman camp suburb (canabae). 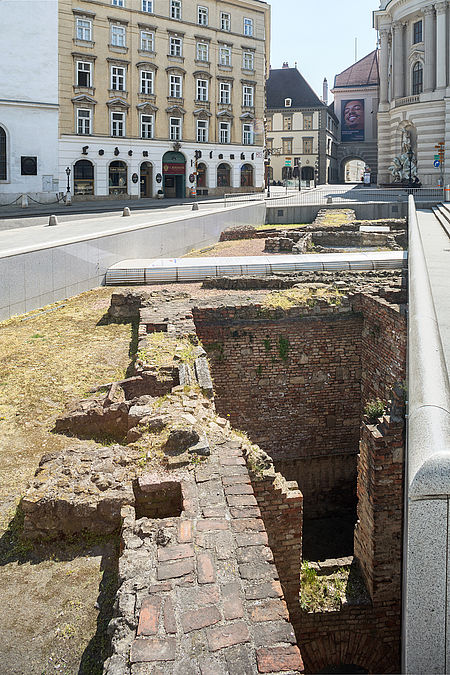