In October of 1923, a young man from Vienna made his way to the United States – just a few years later, he created “Lovell Health House,” an icon of California Modernism. It made him one of the most famous architects of his time. His name: Richard Neutra (1892–1970). His bright and airy houses, open to yards, gardens, and the landscape, became symbols for a new ideal of living – transparent and rational, at one with nature, tailored to residential needs. Innovative constructions, affordable materials, standardization, and prefabrication were all designed to lower costs.

Fifty years after Neutra’s death, the Wien Museum approaches the work and significance of the architect on two levels: Contemporary photographs by David Schreyer document  select residences by Neutra. The photos not only convey California’s classic residential forms; they also show that Neutra’s homes continue to be exemplary in regard to spatial economy, design quality, and functionality. In addition, there is a historical account, which focuses on Neutra’s intense and consequential relationship with his home city of Vienna. It is based on previously unpublished documents, including the 1969 film “The Ideas of Richard Neutra.” To this day, those ideas have lost nothing of their fascination.


The English version of the catalogue was made possible by the Botstiber Institute for Austrian-American Studies. 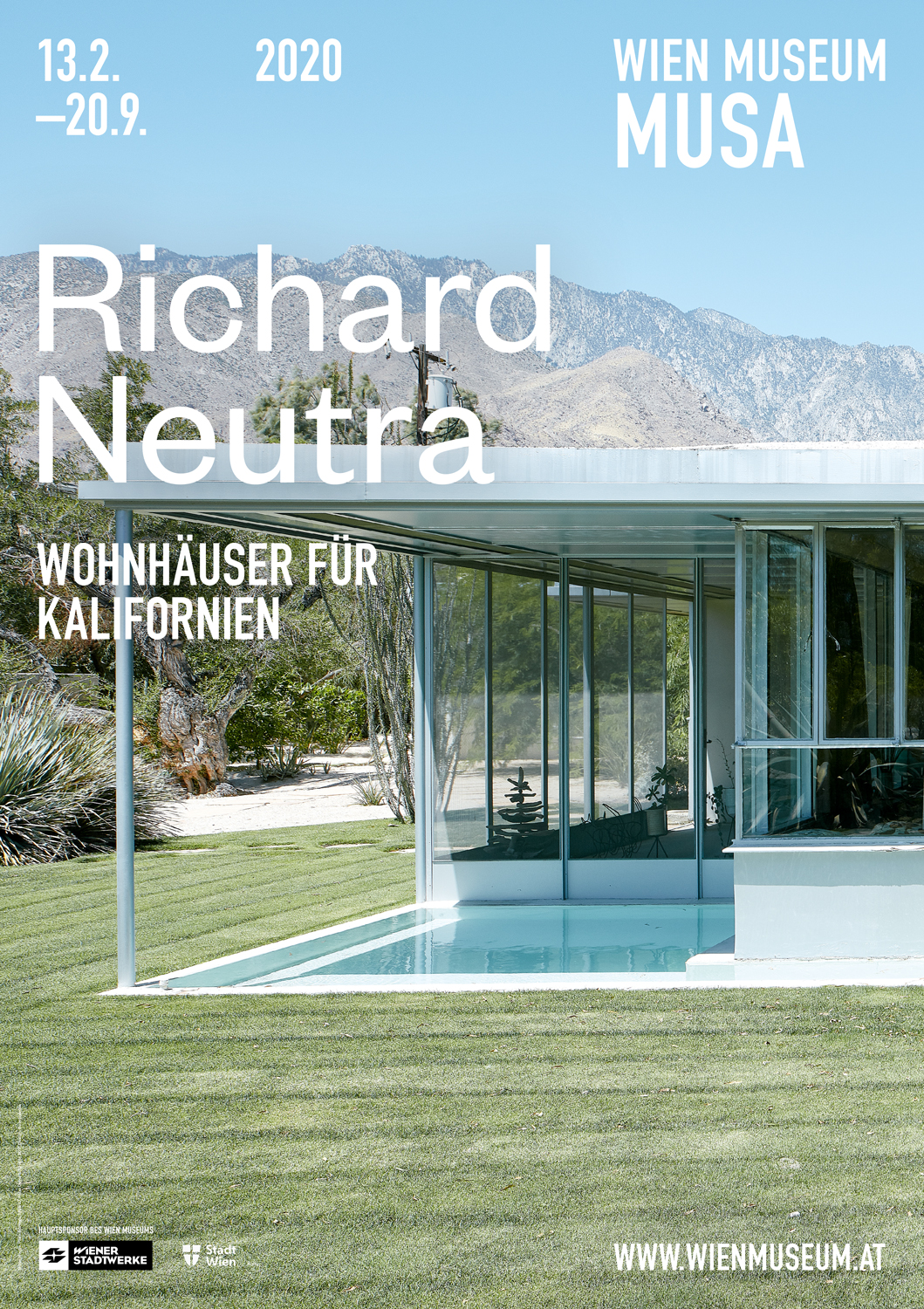