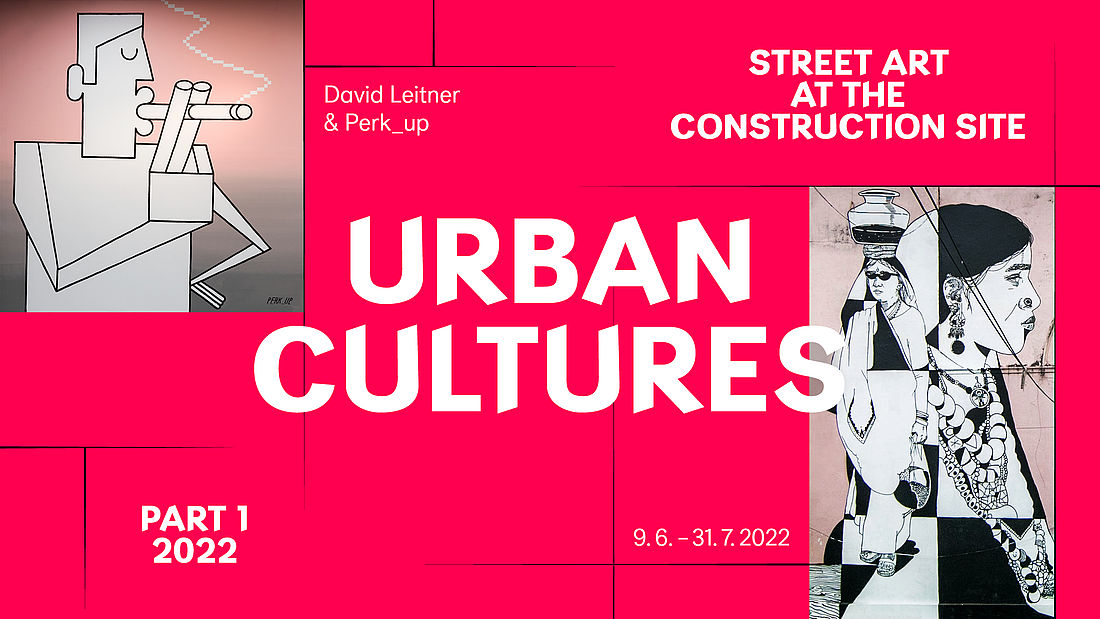 Under the heading Karlsplatz Open Air the construction fence at the Wien Museum will, once again, become a canvas for street art during the summer. With its multiple possible uses, today’s Karlsplatz is the inspiration for the artists’ often site-specific art. People stop for a snack on Karlsplatz, they stroll there, they skateboard there. Along with events and festivals, cultural interventions and demonstrations also take place, ranging from demonstrations against Covid measures to the Fridays for Future demonstrations. Just last year, “party zone during lockdown” was added to the square’s list of uses, but was controversially banned.

Urban Cultures
If the focus of the Urban Natures construction fence exhibition in 2021 was on the interface between buildings and greenery, the theme in 2022 is public space and its users. “Public” is usually defined as a place where different people, cultures, and needs meet, not always smoothly. It’s a place for encounter, discourse, participation. It’s also the idea of accessibility to all under the same conditions.

But does this ideal correspond to reality? And just who is actually meant by “everyone”? Who is present and welcome in public space? Who helps to shape it? Whose needs and voices are brought into focus in a process that also displaces others in the desire for a more conflict-free ambience? These are questions that are closely linked to the original protest culture of graffiti and street art. After all, it is precisely these artists who claim spaces for themselves and question existing power and ownership structures concerning public participation and communication.

In addition to the space used by invited artists, a Wienerwand/Vienna Wall will be
located in the area in front of the museum's main entrance -- an officially recognized site for graffiti that can be legally painted and sprayed at any time.
www.wienerwand.at

DAVID LEITNER
Born in Graz in 1992, David Leitner works as a visual artist in Vienna. He creates his often color reduced works both on canvas and on large-surface walls, taking personal stories, cultural diversity, and socially relevant issues and concerns as his inspiration.

In his 100% Trash exhibition, Leitner dedicated himself to the topic of consumption and its associated ecological aspects. As part of his final project Würmla’s Walls (Würmlas Wände) for the University of Applied Arts in 2019, he brought urban street art to a small rural community in the district of Tulln. Together with Katharina C. Herzog, he tells the stories of the community’s everyday life on silos, barn walls, and cellars.
#david_leitner

PERK_UP
For more than 15 years, Perk_up’s multifaceted, technically sophisticated works have left their mark on the cityscape, evoking surprise time and again with works that cannot be reduced to a repetitive gesture. Besides graffiti lettering, Perk_up combines landscapes or still-lifes recalling paintings with small-scale graphic representations and subjects that appear to have been taken from computer games or comic books. He often collaborates in urban spaces with artists such as Ruin, Skirl or Friend.
Born in 1989 in Graz, Perk_up studied painting and animated film at the University of Applied Arts. He works in Vienna as a freelance artist, illustrator, graphic designer, and street artist.
#perk_up

FEMINIST KILLJOY VIENNA
Feminist Killjoy Vienna is a collective of feminist street artists and activists who have been present on Vienna’s urban scene since 2018. The collective aims to create a space for co-creation, especially for LBGTQ+ people, using public space for politically motivated messages with a particular emphasis on feminism. The words “You don't kill for love” (supplemented by the City of Vienna’s women’s hotline number) is but one example of how the collective narrows the focus precisely to these themes by pointing out the high number of femicides in Austria. Another example is the slogan “Pro Choice is ois” (Pro-Choice is everything), a criticism of Christian fundamentalists who seek to deprive women of their right to self-determination.
#feminist_killjoy_vienna 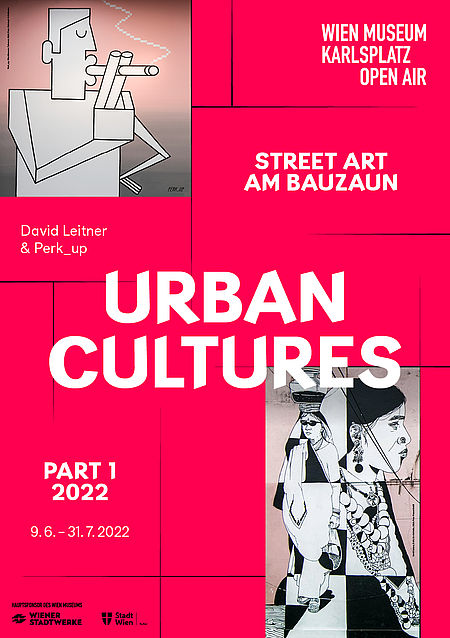 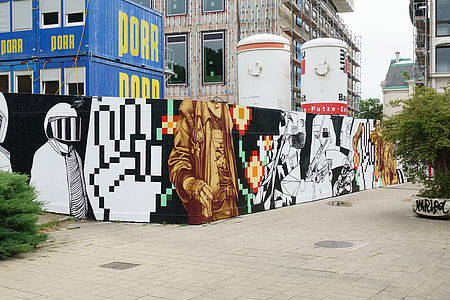 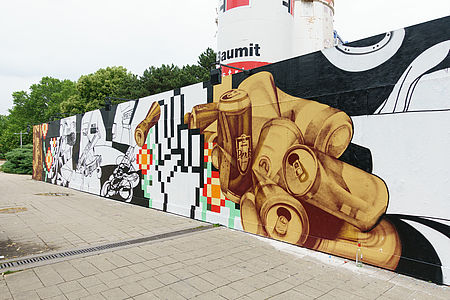 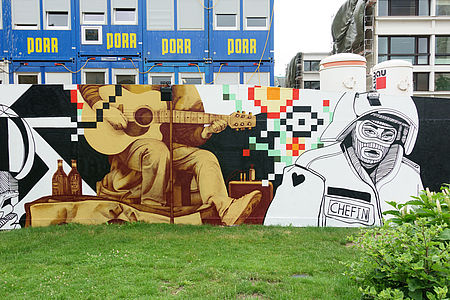 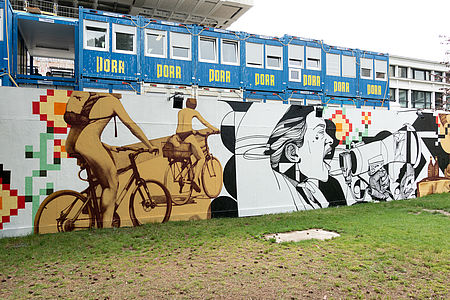 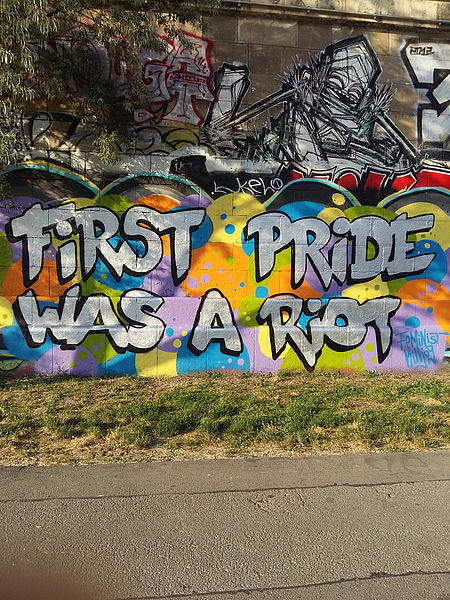