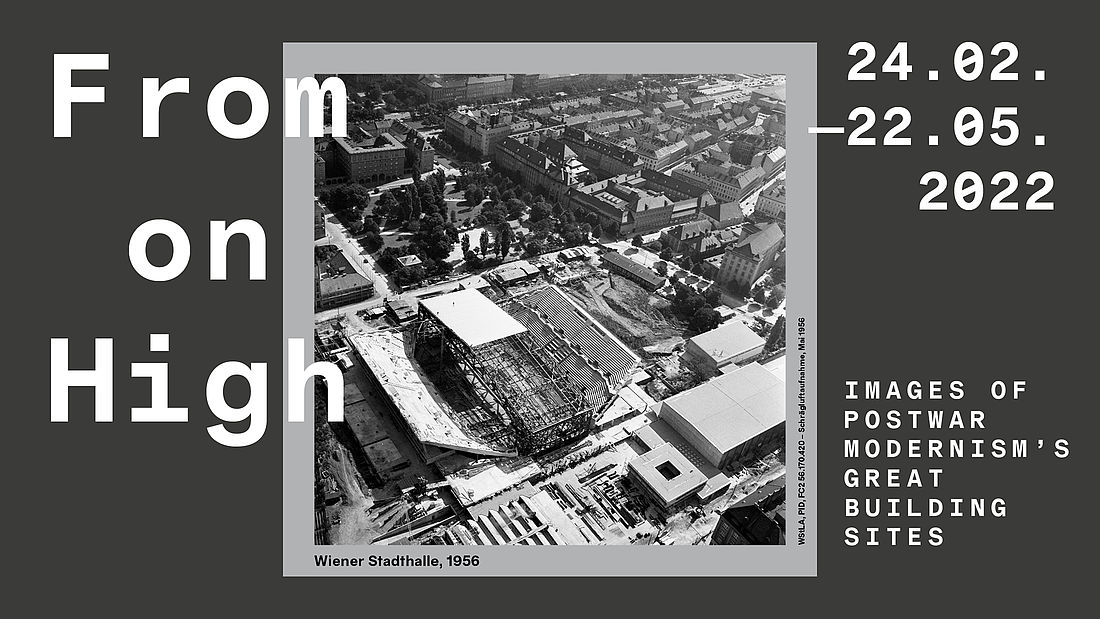 FROM ON HIGH
Images of Postwar Modernism’s Great Building Sites

Through the lens of oblique aerial photography, this exhibition presents significant sites of Viennese urban development from the 1950s to the 1970s. Numerous large-scale public building projects were implemented during this period in the spirit of functionalist post-war modernism. In some cases, they continue to shape the image of the city to this day.

The selection presented in the exhibition’s eleven stations directs the viewer’s attention to well-known and lesser-known sites of this urban transformation, from iconic architecture to traffic infrastructure and landscaping projects. In the process, the construction site — as concrete place but also as image — proves itself to be both an event and an attraction in public space.

The focus on a special photographic genre is not coincidental. Oblique aerial photographs were important media for urban planning and city representation of the time, to the extent that the press office of the municipality of Vienna commissioned aerial photographs. They allow us a glance over the construction fence and make the transformation of the urban fabric particularly vivid. Blown up in large format, they can also serve as “find-the-hidden-object” images for those interested in urban history or construction technology. 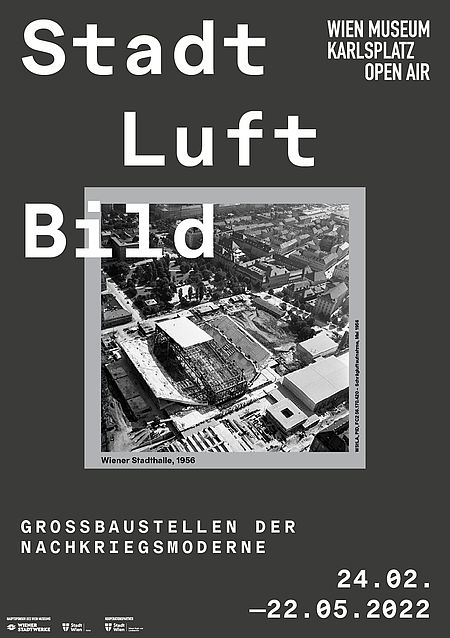 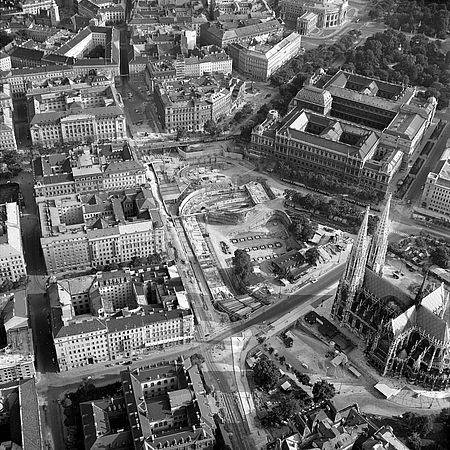