Reopening of the Wien Museum locations

BEYOND BAMBI
Felix Salten and the Discovery of Viennese Modernism

The exhibit is presented on the occasion of the 75th anniversary of Salten’s death. Based on his literary estate, which was acquired in near totality by the Wienbibliothek im Rathaus in 2015, the show illuminates many little-known aspects of his biography, the end of the Habsburg Monarchy, Austria’s First Republic, the two world wars, as well as the period of dictatorship and exile. Salten’s varied activities – among them his underappreciated role as art critic in Gustav Klimt’s circle – are visualized and historically contextualized with the use of previously unpublished documents. Visitors will encounter a luminous figure, who put his stamp on Vienna from 1890 until his escape to Switzerland in 1939, in a wholly new light:

BEYOND BAMBI
Felix Salten and the Discovery of Viennese Modernism - Information 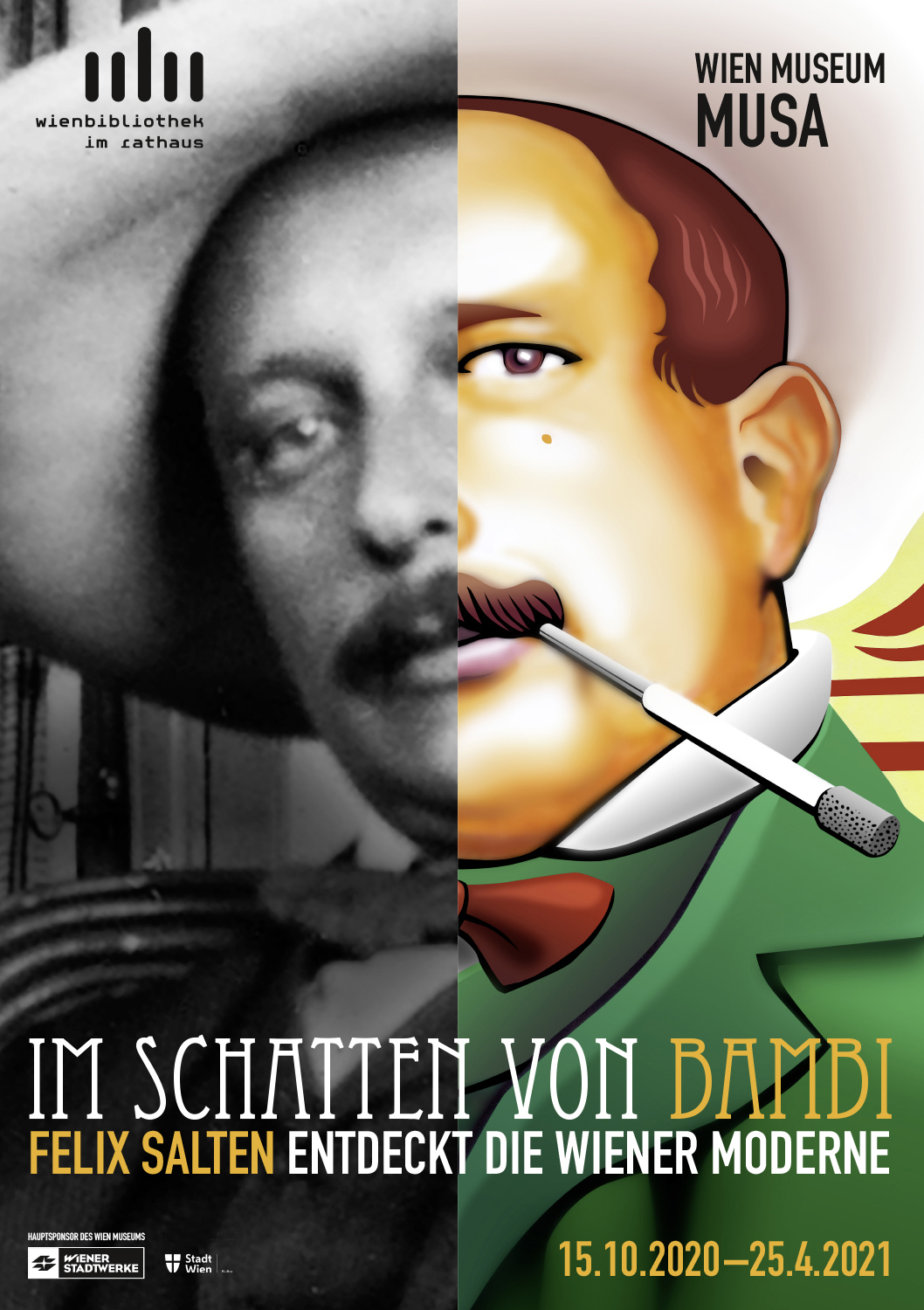